Messages are exchanged between the EHR and Patient Portal via a secure HL7 data interchange. The results are then processed via standard Allscripts stored procedures into the EHR. This integration adds a dynamic new piece of functionality to the EHR system in general, allowing patient and provider communication via the EHR.

Polly went in for a genetic test to discover the gender of her baby, she was told the results would be back within a week and it's been 7 days.

Polly's first step is to log into her patient portal, RelayHealth, and select Lab/Results under the messages tab. 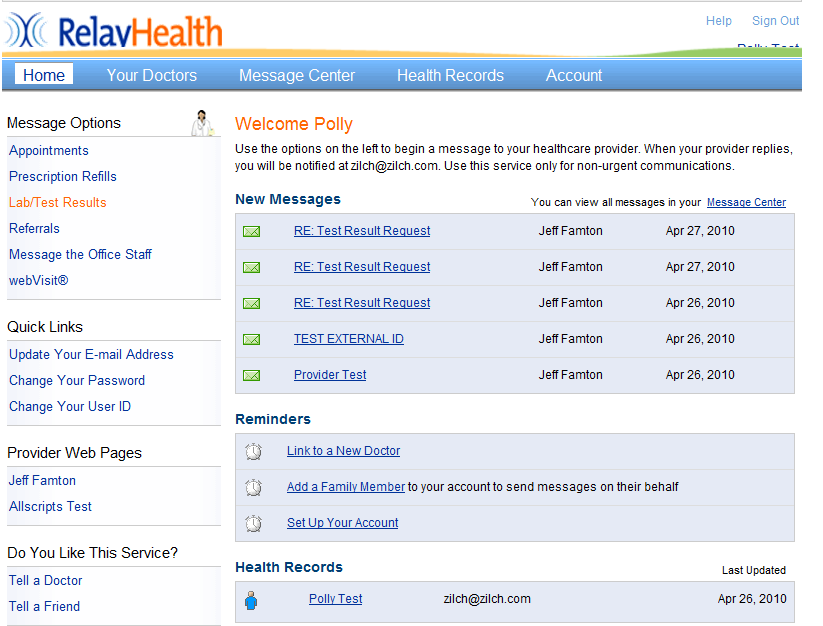 Next Polly selects her provider she went to, Jeff Famton, the test she's inquiring about, a pregnancy test, and her comments to Jeff. 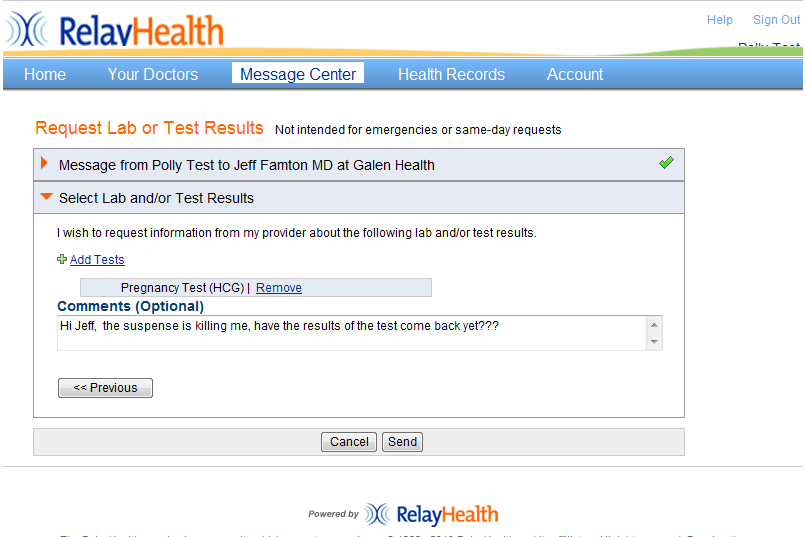 After Polly clicks send she receives a message letting her know that her message has been sent to Jeff. 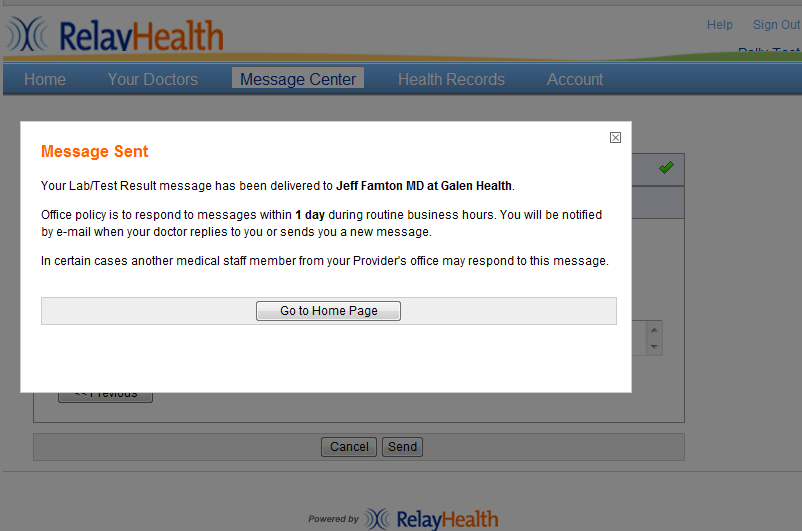 The next time Jeff Famton logs into the EHR he now sees a new sign note task from Polly in the form of a RelayHealth message.

Jeff can also see this new note in the clinical desktop when he pulls Polly into patient context, highlighted in red under the chart viewer.
From here he can open the note and see Polly's message.
Jeff just happens to know that Polly's test results came in earlier in the day. All he has to do is click the RelayHealth button located on the dock of the chart viewer page, highlighted in red. 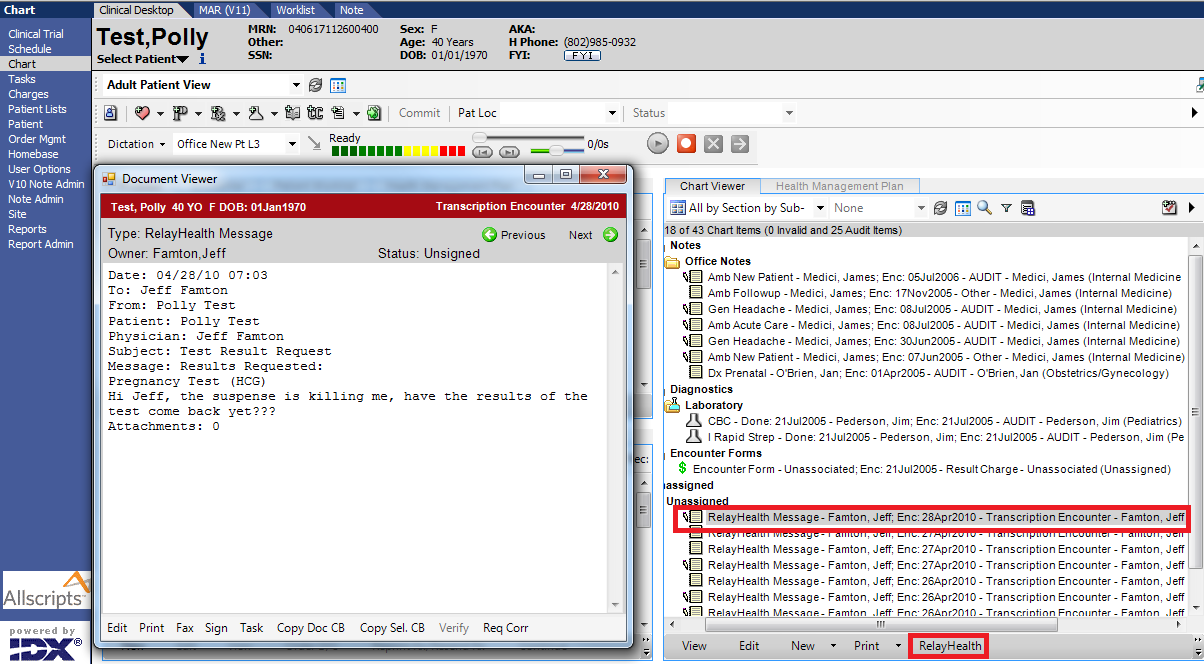 After Jeff clicks send he also receives a message letting him know his message was sent to Polly. 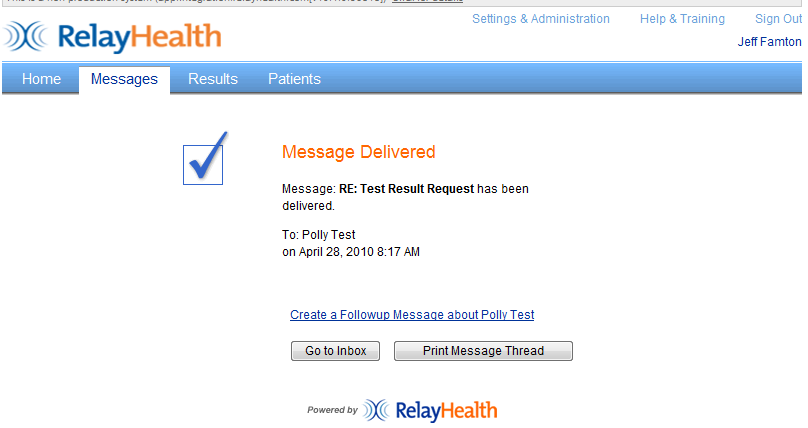 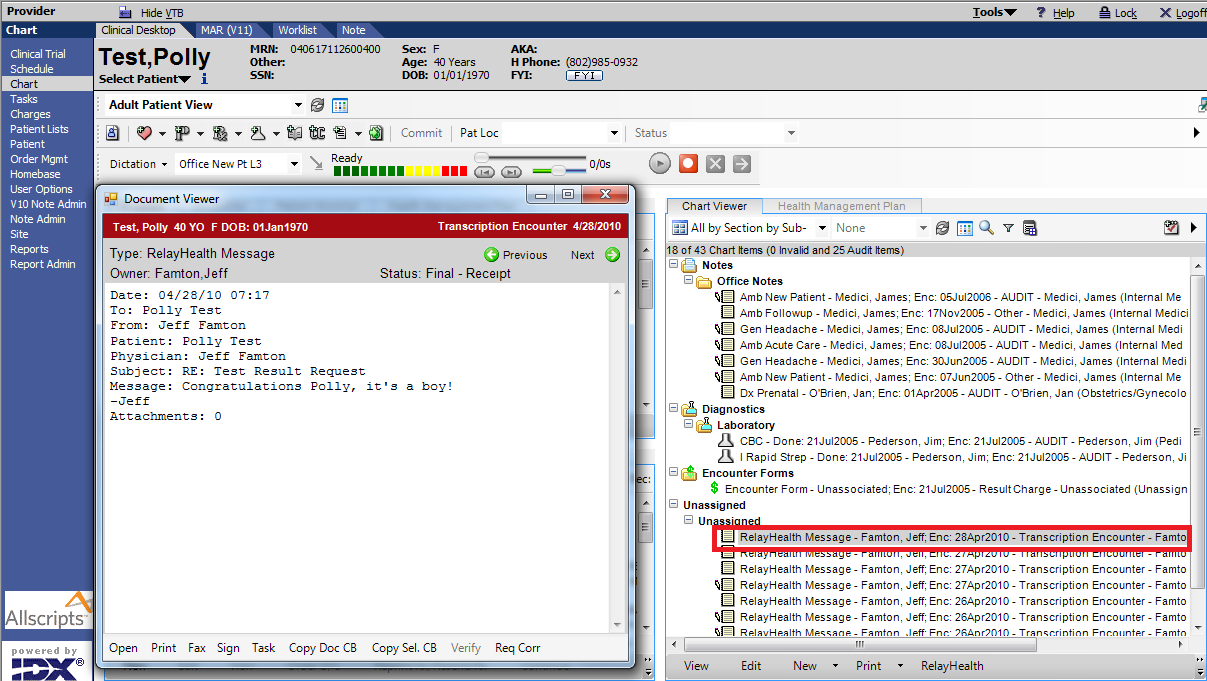 From this point Polly will receive an email alerting her that Jeff has responded and that she can log in and view the message she's received from her provider. 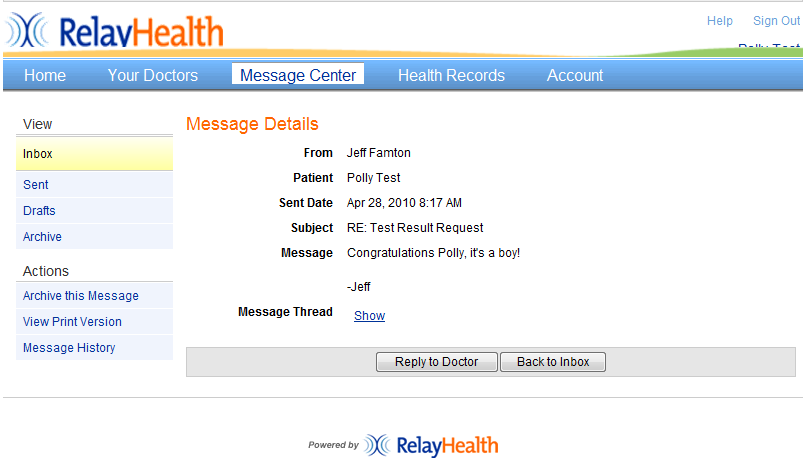